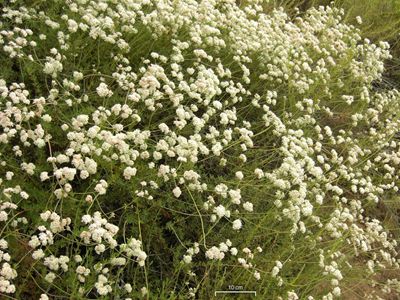 Eriogonum fasciculatum is a species of wild buckwheat known by the common names California buckwheat and Eastern Mojave buckwheat. This common shrub is native to the southwestern United States and northwestern Mexico, where it grows on scrubby slopes and in chaparral and dry washes in a number of habitats.

California buckwheat is a good source of nectar over many months in dryer areas. It is the most important native source of honey in California, particularly attractive to numerous species of native bees and other pollinators. This species is also an important food plant for numerous native butterflies.