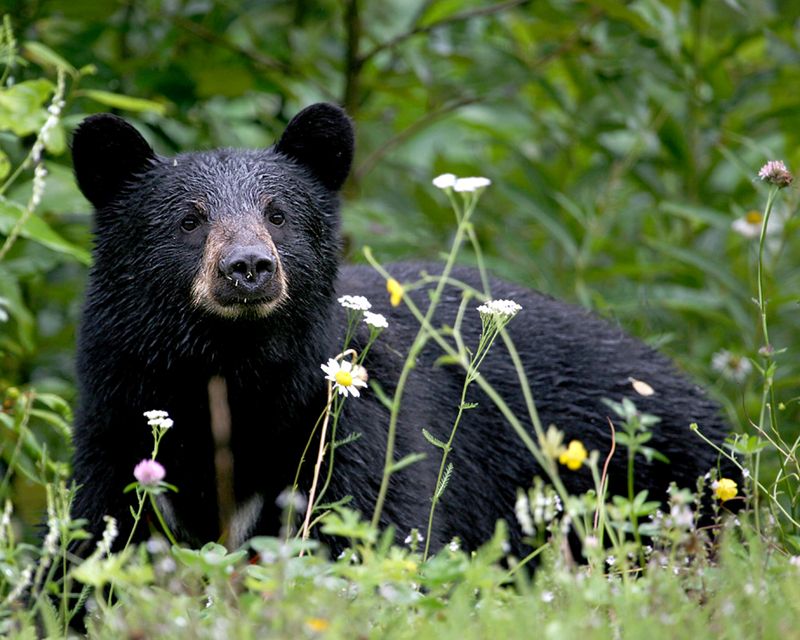 The American black bear (Ursus americanus) is a medium-sized bear native to North America. It is the continent's smallest and most widely distributed bear species. Black bears are omnivores with their diets varying greatly depending on season and location. They typically live in largely forested areas, but do leave forests in search of food. Sometimes they become attracted to human communities because of the immediate availability of food. The American black bear is the world's most common bear species.

CAUTION: If you see a bear do not approach it and do not allow it to approach you. If the bear changes its behavior due to your presence, back away slowly. If the bear begins to follow you, act aggressively to intimidate the bear. Throw rocks, shout, and do not turn away from the bear.